I am comfortable on a battlefield with my brothers, around the kitchen table with my family, and wild camping in the Scottish Highlands with new friends. I have been shot at, shouted at, and laughed at. Yet I have a beautiful healthy family, I have had the privilege to speak to thousands, travelled the world, and done things you wouldn’t believe if I told you. 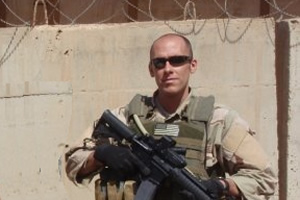 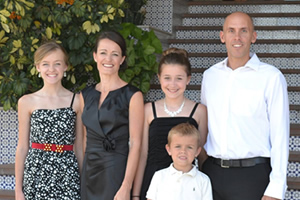 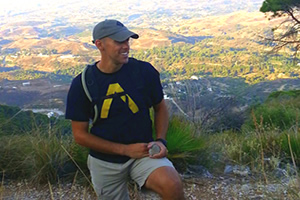 I grew up in a family that instilled faith, service, and hard work into me from a young age. My dream was to be an astronaut, so I attended Georgia Institute of Technology in Atlanta on a Air Force scholarship. However, my dreams of exploring space were dashed when I was selected to attend Intelligence Officer training after graduation. God showed His great sense of humor because it was during that time that I met my wife in a once-in-a-lifetime meeting in Texas. Apart from that, my career as an intel officer took me to plenty of interesting places here on Planet Earth.

We were stationed in Ohio, Italy, Germany, and Colorado, and our family grew: first Emma, then Gabriella, then Benjamin.

In 2006 and again 2007-2008, I was deployed to Iraq as intelligence support to a special operations task force that had the job of tracking, targeting, and destroying terrorist networks across the Middle East. Much of the work we did was, and will stay, classified. But it was during those deployments that my eyes were opened: To a battle and a brotherhood that most people will never experience. In many ways, I could never go back to my safe little career in the Air Force, and I requested and received an Honorable Discharge shortly after returning from my second deployment.

Since 2009, I have pioneered and directed non-profits in the United States, in Spain, and now in the United Kingdom. G42, The 42nd Generation, was started in 2007, the Leadership Academy in 2009, its Spanish counterpart G42, La Generacíon 42 in 2010, and Global Adventure founded in 2012. I use the lessons I learned across a ten-year military career to inspire and teach people about leadership, brotherhood, faith, risk, and initiation. My roles have all been part of the same calling: Challenging, training and mentoring young adults to live lives of adventure and service, meeting the needs of people around the world.

Now based in the East Midlands region of England, I teach, speak, and lead outdoor groups around the world. To book me or my team for your event, please contact me at warriorshepherd_blog[at]yahoo.com

To be a source of inspiration, encouragement, and connection for friends, family, and our extended family that we affectionately call “the tribe”: those folks around the world who are believing and working for a beautiful, victorious world, where all of the mess, all of the problems, all of the stupidity is gone.

And to build an inter-connected, mutually-assisting network of people with the same vision. To spread The Message, my message, and my expertise and experience to a wider audience.

What does Warrior Shepherd mean?

WarriorShepherd is a ethos, or a spirit, that I believe embodies what we should be aiming for. “Warrior” because in today’s society, the world needs men (and women) that recognize the spiritual, emotional, mental, and physical battles that are raging around them and be ready to unashamedly speak to others about faith and hope in the face of a crazy world. “Shepherd” because everyone must be ready to serve others and must have compassion for the poor, the unloved, the unfathered, and the lost. I’m trying to get there… I recommend the journey for you as well.