I am a huge fan of Chris Telfer, who has been a friend since we met in Peru years ago. He’s a musician whose music has so much impact and heart in it, you can can’t just sit and listen without being affected. But his latest project shows off another side of him, his honor and selflessness…

In the last year, he’s created an EP album called “I Am A Mattoo.” MATTOO is an acronym for “Man Against The Trafficking Of Others,” and for this project he is contributing 70% of the proceeds directly to MATTOO, an organization who is committed to ending human trafficking by ending the demand: Through awareness and education of men, who provide the demand for the supply of sex trafficking around the world.

According to the UN,
– An estimated 2.5 million people are in forced labour (including sexual exploitation) at any given time as a result of trafficking.
– The majority of trafficking victims are between 18 and 24 years of age.
– An estimated 1.2 million children are trafficked each year.

Let that sink in for a while.

This is not just a third-world issue or a Asia issue or Eastern Europe issue. This is a world issue. 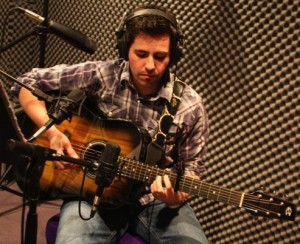 Chris’s style is soulful, funky, folksy, guitar-led, word- and message-driven music. That’s the best way I can describe it. And both his style and message are really coming to focus with this album, which is his best work to date. He has really put his best stuff into this album, and it shows. I am super proud to call Chris (and his wife Jenny) friends…

The Call to Action

I know this is a huge departure from my regular blog fare, but I believe in this cause and Chris’s work, and if it causes me to alienate a few readers, it’s worth it.

If you believe in supporting an organization that is doing something about human trafficking, and enjoy listening to excellent, soulful music by an independent artist, pay the $5.94 for this EP. It’s nothing to most of you, yet it can make a difference in someone’s life. Click here to purchase the EP from iTunes and make that difference. I Am A MATTOO, by Chris Telfer.