Over the past year, I’ve gone through a real shift in my thinking. In this transition, I’ve taken a hard look at the influence that I’ve had on people, as a leader, father, boss, mentor, and brother. Because of my military background and transient lifestyle, those people are mostly scattered around the world. So daily (or even monthly!) face-to-face relationships are difficult to maintain. Global Adventure has begun to have an impact on some men here in the UK, but is not sustainable as a full-time job. So I’ve made the decision to Give It All Away. Instead of going big, I’m going small.

We have created a network of men across the UK and US called The 300. Fashioned after David’s Mighty Men, the Spartans at Thermopylae, and Gideon’s army, this is a group of men who are committed to stand shoulder-to-shoulder to strengthen and encourage each other. We think that one or two men in a church or community can spearhead a grass-roots movement of men who are looking for something different.

Men that are ready for something that will challenge them physically, emotionally, mentally, and spiritually.

Men that have had enough of sitting on the sidelines and letting culture, their jobs, their wives, their children run their lives.

Men that are ready to lead, but only from a place of honesty and trust.

Men that will go deeper in relationships — with each other, with God, and with their families.

We have created a curriculum for men’s small groups and men’s ministries — leader notes, guided discussions, ebooks, social media resources, hiking maps(!), even workouts — for the members to use to lead their groups. This content, exclusive to The 300, will be distributed in monthly SITREPs. The 300 will also have access to a private web page in order to share successes, lessons learned and other notes and resources. 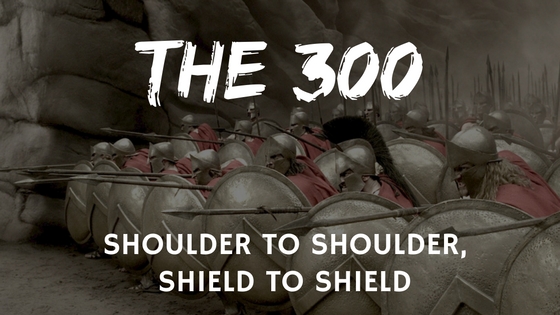 Membership is easy. For a recommended minimum donation of £3/month (which will increase soon) you will get access to the exclusive content.
Click here to join: www.global-adventure.org/three-hundred
You probably won’t even notice £3 a month … but the combined power of the 300 means that the money raised can have a real impact on men across the world. Your membership will also give you discounts on Global Adventure events and gear, as well as invites to “300 only” events. 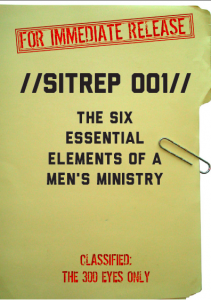 Here’s a sneak peak at the first SITREP: Six Essential Elements for a Men’s Ministry. We’re talking about how we want to start a Global Adventure-themed men’s group with our friends.