I’ve been thinking about Initiative lately. How do you teach initiative? I don’t think you can, you can only encourage and allow initiative. As leaders, we must allow initiative, let people stretch, encourage them to try new ways (“…but that’s not the way it’s been done before” isn’t allowed), and then reward the successes and learn from, not punish, the failures. And as leaders, we can’t spend our lives just reacting to the events around us, we must be proactive… pushing forward, testing new concepts, breaking new ground.

Because world events tell us we must act with a sense of urgency. I’m not a fatalistic nor do I think we are going to “Fly Away” just yet, but the statistics are staggering:

We Must Be Starters 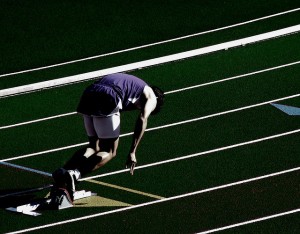 I’ve just finished reading Seth Godin’s book, Poke the Box. (My full review is here.) It talks about the power of starting, of initiating. How the world needs us all to follow our dreams, no matter what the perceived risk or perceived cost. In the non-profit world, the reality is that the risk and the cost isn’t as daunting as we imagine. For most of us, we could sell our second car and give up our yearly vacation, and use the money to live in the third world for a year, sharing the hope we have and saving people from the bleak realities outlined above. It’s easier than you think. And it might just change your life.