This post is part of a series on my family’s next adventure. If you want to see where it all began, start with my last post, Why I Love Spain… and Why I Have to Leave. And now, the “What.”

I’ve written before about Global Adventure, a charity we’ve created to provide an initiation experience for young adults. In its first iteration, it was a nine-month, six-continent, around-the-world missions journey. It would include expert training, hands-on practice, bucket-list adventures, and the opportunity to plant a church in the third world. It would be a life-changing adventure for all who went on it. We prepared for a slow ramp-up of participants, offering a test trip in 2012, then again in January 2013, then again this September. We lined up contacts around the world with pressing needs, unreached people groups, and insanely fun trips like the Grand Canyon, Machu Picchu, Great Barrier Reef, Ankor Wat, and the Nile River.

But no one showed up. 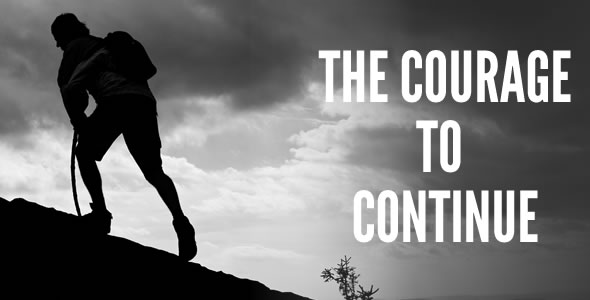 “Success is not final, failure is not fatal: it is the courage to continue that counts.”
― Winston Churchill

I pitched to churches, pastors, student leaders, friends, families, Christian organizations–without a doubt, they were all enthusiastic and behind the idea. The problem is, it took an investment of time and money that most people weren’t prepared to provide.

I was devastated. We were prepared, we were ready, we had a lot of initial interest from churches and website traffic, but no one followed through. As people and supporters dropped to the wayside, I stuck at it and continued to press. And press. I had never failed before, and I wasn’t going to fail now.

So I took a hike up the mountain. I shouted at the wind. I defied fear and failure and insecurity. And there, on top of the mountain with my throat hoarse and dust in my eyes, I remembered.

I remembered my first call. Not to international missions, although missions is always on my heart. Not to young adults who wanted a fun gap year, although I love working with young adults. My first call was, and is, to train boys to be men, and men to be fathers. What I really wanted to do with Global Adventure was to create a space where Initiation could take place. To replicate the bond of brotherhood I found on the battlefield, and to replicate the great childhood I had with my Dad. To give boys an opportunity they might not get with their own fathers. To disciple. To apprentice. To show a new generation what it means to be a man.

…but Above All, Victory

So I scribbled some notes in a small notebook, and ran back down the mountain with a renewed spirit. I knew what Global Adventure would be. And I knew that men–sons, brothers, fathers, husbands–were crying out for it. Word quickly spread… and now this weekend, I am out in the woods with 15 other adventurous men who are ready to make a change. We’re also preparing for a series of camping weekends in 2014. If you haven’t been already, check out the Global Adventure website, where I describe our new and improved ministries:

So, through all of this, our dream still lives on… but if not in Spain, then where? Check out part 3 of this series …