In the next series of blogs, I’m going to share with you the next adventure with my family. It’s too much to get across in one post, so it will probably take two or three. First, a little background…

Why I Love Spain… 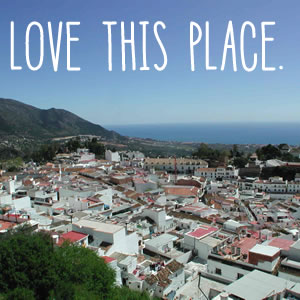 My family has had the distinct pleasure of living in Spain for the last four and a half years. If you’ve been following my blog for a few years, you’ve been able to follow us through that journey. We moved here in 2009, and since then, we’ve trained and led over 120 young adults who are looking to launch into new lives on the mission field, in the business realm, in creative media, and across a wide range of fields. We’ve played a part in many lives: mentoring, advising, sharing tears, hikes, classes, cups of tea, laughs, days on the beach, and visions and goals for their future. It has been amazing. And without a doubt, it has been the best time of our lives.

We’ve been able to see people grow, mature, and step up to new roles. We’ve been a part of budding romances, broken hearts, and overwhelming joy. We’ve launched people to Africa, Europe, Asia, and across the U.S. We’ve made friends with people from different backgrounds and corners of the world. We’ve shared in some defeats, but many more victories, marriages, births, and pioneering endeavours. 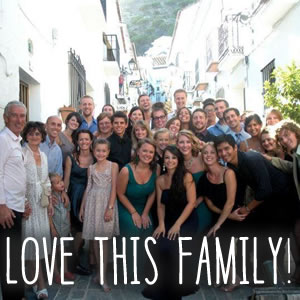 Truly awesome to think about. (The real “awesome,” as in “extremely impressive or daunting; inspiring great admiration” not the “awesome dude” that we Americans tend to overuse). It is so humbling to realize what we’ve birthed here.

We’ve been able to see the G42 Leadership Academy grow from three people on the first day, to 15-20 interns all year long. We’ve gone from sharing a living room, then a double garage as a classroom, to a dedicated classroom in a central location in Mijas Pueblo, Spain. As “proud parents,” we’ve seen our baby grow into an thriving, independent hub of activity and a home away from home for dozens of alumni.

We love this place. The vibrant family, the impressive views of the Mediterranean, the unmatched culture of Spain, all rolls into a truly perfect place to live.

But Why I Have to Leave

I could easily live here in Spain for the rest of my life, enjoying the fruits of our labor and the culture of Spain. This is a tourist destination and retirement goal for millions of people around the world. As long as the academy is sustained, my family could live in this community. 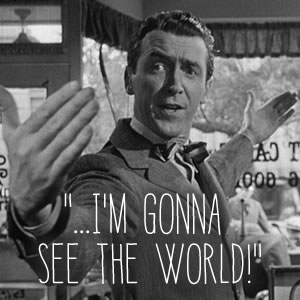 But I believe I was built differently. Like George Bailey in It’s A Wonderful Life, I was built to see the world, conquer new territories, and pioneer new things. Through the Air Force, I’ve been able to see the world… and now, God is directing us to new frontiers.

I awoke bolt upright in the middle of the night in January 2013, typed something onto the Notes app in my iPod, then went back to sleep. When I awoke, I remembered that I typed something, but couldn’t remember what it was… there were two words written on the screen:

At the time, I had no idea what that meant. But now I look back and see that it was confirmation that my work here in Spain was done. My wife and I (alongside a team of great people) built the Leadership Academy from scratch, but now it is time for a different chapter in life. I am ready to take the next leap of faith. Both Rebecca and I are builders, and we love to see new things established and sustained. And God has called us and is using our talents to continue growing G42 across the world and into new places, and new challenges.